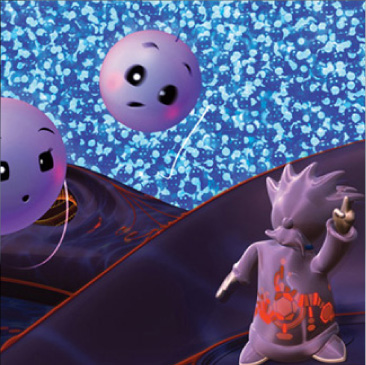 Molecules to the MAX! is an awe-inspiring, animated 3D Giant Screen adventure that transports audiences to the exciting nanoscale world of atoms and molecules.

Catch a ride to nanospace with Oxy and her crew to boldly go where only atoms have gone before! Aboard the Molecularium, the most fantastic ship in the universe, fly through the crystalline structure of a snowflake, blast through the far reaches of space, escape the tangled polymers of chewing gum and discover the molecular machinery of a living cell. This 40-minute animated adventure brings audiences into amazingly small places and fascinates them with incredibly big ideas. Ask for it at an IMAX®, IMAX 3D® and Giant Screen theaters near you!

Molecules to the MAX! was nominated for Best Film Produced for the Giant Screen, Best Film for Lifelong Learning and Best Sound Design at the 2010 Giant Screen Cinema Association’s Achievement Awards. 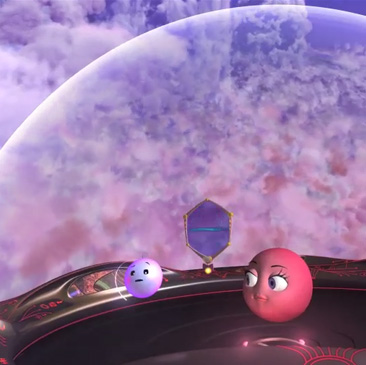 Oxy, a precocious oxygen atom, captain of the Molecularium, is dispatched from the Unified Field of Atoms on an expedition to discover the secret of life on Earth. Along with her crew – MEL the uptight computer and Hydra and Hydro the bungling hydrogen twins – they have many misadventures exploring the Earth’s atmosphere and the cycle of water molecules, through clouds, snowflakes and raindrops. Lost in the far reaches of outer space, Oxy and her crew are rescued by Carbón and his gang of intergalactic carbon atoms. With lots of bravado and a little luck, Carbón is able to pilot the ship back to Earth to explore nanospace in the metallic lattice of a penny, the polymer tangle of chewing gum, and finally the molecular machinery of a living cell. Discover the secret of life in Molecules to the MAX! 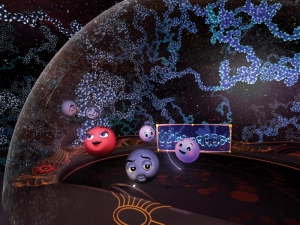 Produced specifically for 70mm film and the giant screen, Molecules to the MAX! is the culmination of an unprecedented collaboration between a respected group of scientists at the NSF-funded Nanoscale Science and Engineering Center (NSEC) at Rensselaer Polytechnic Institute (RPI) and the multidisciplinary creative team of Nanotoon Entertainment. The film draws on the talents of highly skilled professionals from a wide range of disciplines, from artists and writers, to animators and filmmakers, from musicians and actors, to chemical engineers, and computer and materials scientists. 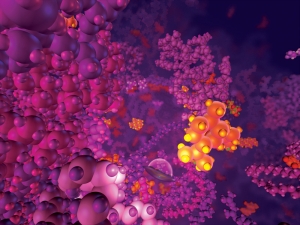 “The film transports audiences to places no one can ever go, and only atoms have ever been, to help them understand this profound idea through direct experience,” says Dr. Shekhar Garde, the leader of the team of scientists that created all of the accurate molecular simulations in the film. “By introducing audiences to atoms in this exciting new way, and immersing them in the molecular environments of a wide range of everyday materials, we hope that people will leave the theater looking at everything completely differently, realizing for the first time that everything they see is actually made of atoms and molecules.”

The nanoscale environments in Molecules to the MAX! are driven by cutting-edge molecular simulations. The Molecularium ship flies through scientifically accurate simulations of many materials at the nanoscale – water, paper, metal, polymers, and even a human cell. The audience experiences and learns about the chemical makeup and structure of the different materials by being immersed in these fantastic molecular environments. 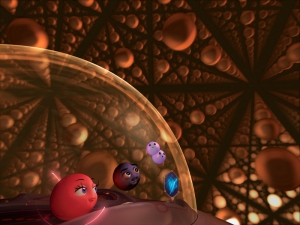 Pushing Science
The demands of the story and the giant screen required simulations that were massive in both scale and complexity. The scientists were often pushed by the creative team to make simulations that were much larger and more complex than any they had ever attempted. The parameters of the simulation software are crude compared with nature. Water molecules instantly switch from one state to another within a frame or two. It would either be solid, liquid, or gas, with no in-between state.

For the “melt” scene, the director wanted a very dramatic effect, like a tidal wave of liquid coming at the viewer through the ice lattice as it melted. The simulation team often needed to invent new ways to create simulations to satisfy the needs of the story. 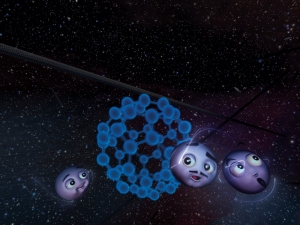 A new molecular conversion program had to be developed for the production by Justin Rosen, lead technical director, so that the simulation data of millions of atoms could be imported and handled by the animation program. Nanotoon’s technical team, along with their RPI colleagues, developed a new render farm, pipeline, network and storage system, optimized for the ultra-high resolution, fully immersive molecular environments that the large format medium would demand. 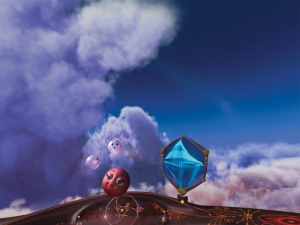 Creative Challenges
Making a film about a world that is not observable with visible light presents many challenges. “One of the most interesting challenges for the art department was figuring out how to picture these unseen worlds,” says art director Chris Harvey.
“How do you design surfaces for something when there really is no surface? We choose to use familiarity to inform the audience, so the surface of frozen water molecules look a lot like ice.”

“When you’re doing the sound design for the interior of a helium balloon as experienced on the molecular level, there aren’t a lot of references,” says sound designer Jesse Stiles. “So we had to do a lot of creative thinking and develop some novel approaches. The director was really interested in the Golden Age of animation so a lot of the sound effects  I developed that recur throughout the film – atoms bonding and unbonding, transformations of molecular scale, were all made with musical instruments.” Because the soundtrack was very musical, he worked closely with David Last, composer of the score, to keep things in tune, and on tempo.”

“Most important to me is that the world we create is believable” says director V Owen Bush “While we are portraying a world which is entirely alien in every way to a common audience, it should also feel instantly familiar, as if it is a world that they’ve been to before and want to return to again and again.” 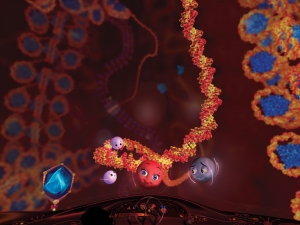 Animation and scientific simulation are always computationally intensive, but the demands of Molecules to the MAX! and the giant screen are extreme. “Initially, it was very difficult to accurately estimate exactly how much computational power would be needed or how long anything would take to render,” says producer Kurt Przybilla, “ but the one thing the team knew from experience was we would use every processor that we could get.”

By the end of the production, the team had a render farm at RPI with over 400 processors and over 60 TB of storage. But even this was not enough to complete the job in time. Fortunately, RPI is also home to the Computational Center for Nanotechnology Innovations, one of the largest supercomputers in the world, and the team was given access to even more processors to get the job done. 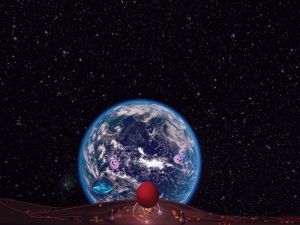 Stealth Education
“At the end of the day, Molecules to the MAX! is about educating viewers and raising public science literacy,” said Dr. Richard Siegel, head of the Rensselaer Nanotechnology Center. “ But to make the movie an effective vehicle to propagate important scientific and educational messages, it was imperative that the team not allow the core properties of the medium — immersive, engaging entertainment — to take a back seat.” By carefully engineering the characters, plot, look, and feel of the film, the Molecularium team created a movie where viewers get swept up in the storyline and learn or re-learn a ton of important science — without even trying.

“I think adults will learn just as much as children will from Molecules to the MAX! said Dr. Linda Schadler, originator of the initial project.

“Just by being able to picture the world of atoms and molecules accurately will prompt people young and old to ask new questions about the world around them.” 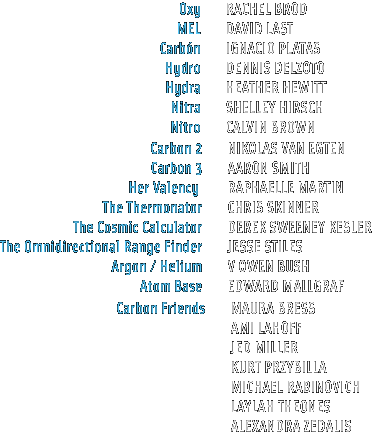 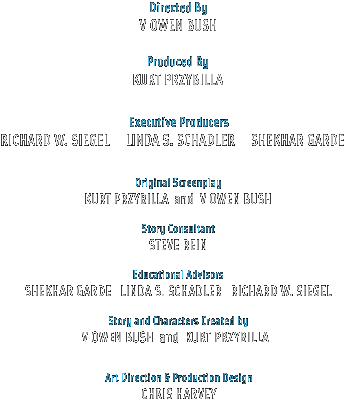 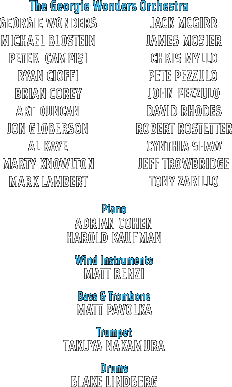 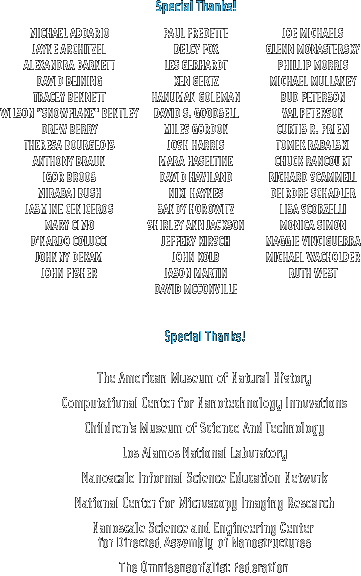 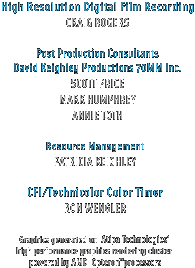 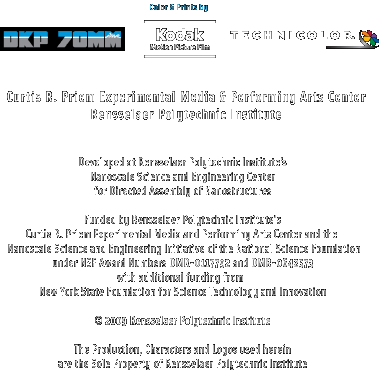